Ambitions' for child care on agenda for federal-provincial talks 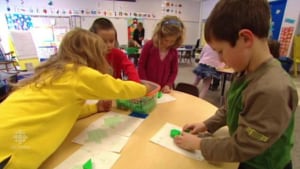 The federal families minister is heading west to meet his provincial and territorial counterparts to talk about the path forward on a national child-care system.

The meeting comes more than 10 years after former Liberal minister Ken Dryden and nine provinces agreed to create a national daycare program, only to watch the Conservatives end those agreements when they took office in 2006.