BRIEFing Note from the Childcare Resource and Research Unit identifies seven common myths about child care and provides responses for each based on what we know from research, policy and practice.
CRRU BRIEFing Note
Add your reaction Share

Stephen Harper announces $3B of tax breaks for families with children OTTAWA—With an election on the horizon, Prime Minister Stephen Harper’s government is moving to put more money in the pockets of Canadians through a $3-billion boost in family tax breaks.

The overhaul of family taxation, announced by Harper in a mini-budget at a campaign-style event in Vaughan, includes a limited form of income-splitting, increased monthly baby bonus payments and an expansion of the tax deduction parents can claim for child care expenses.

The Harper government’s parental income splitting plan is designed in such a way that guarantees it will only make a difference to the richest Canadians. By design, it cannot help those who need assistance with child care the most.

Globe and Mail feature writer Erin Anderssen shows us how Canada compares to other countries when it comes to child care, and offers six examples of things we can learn from those countries to improve our own system.

Watch now on The Globe and Mail

Getting less bang for the child care buck – all $6.8 billion of them

BriefingNote from CRRU analyzes Federal spending on child care via the UCCB, the Child Care Expense Deduction, and hypothetical income-splitting.

Video: Globe Now: The daycare debate: A look at the politics of affordable child care

Affan Chowdhry is joined by Martha Friendly to discuss Canada's daycare policy. Then, The Globe's Erin Anderssen offers six lessons Canada can learn from other countries when it comes to effective child care.

Early Childhood Educators are the backbone of a national childcare program.

The Association of Early Childhood Educators Ontario (AECEO) welcomes the announcement made yesterday by Thomas Mulcair and the Federal NDP regarding their plan to implement a national high quality and affordable childcare program if elected.

We join our colleagues in the childcare community in applauding the NDP for establishing the foundation for a national conversation around early childhood education and childcare (ECEC) leading up to the 2015 election and for their commitment to making childcare affordable for families.

City of Ottawa has no plan to spend $3.6M childcare reserve

The city has no plan to spend the $3.6 million it has collected through development charges to build new childcare spaces, even though many Ottawa families wait for months to secure a spot in a licensed centre.

The money has been accumulating since 2009 and can only be spent on childcare centres owned or operated by the city. But because such a venture is not on the horizon, the city has decided to sit on the cash and is also proposing in its updated development charges bylaw to pause any further collection.
That’s a big mistake, says the former head of the department that oversees childcare.

Classroom Design and How it Influences Behavior

Early childhood classrooms serve as the physical environment for adults and young children for most of their waking hours. Although it is important for classrooms to be attractive to the eye, it is equally, if not more important, that they function effectively.

Some full-day kindergarten classes in Ontario are crammed with as many as 40 students, so many that the children can’t fit on their classroom carpet for group time, raising questions about the Liberal government’s ambitious program.

As Premier Kathleen Wynne’s government rolls out full-day kindergarten to all schools this fall, documents obtained by The Globe and Mail through freedom-of-information legislation show the Ministry of Education has been inundated with complaints from parents and educators about large classes impeding learning.

Read more at Globe and Mail

MUSKOKA — It was expected and now it’s here. Child care should be a public good to benefit all, not a business whose goals may have little to do with serving children, families and community.

Brief submitted to the House of Commons Standing Committee on Finance pre-budget consultation by the Childcare Resource and Research Unit argues that "a real national childcare program would be both the smart thing and the right thing to do for Canada".

Why fixing First Nations education remains so far out of reach

Ending the cycle of poverty and violence among Aboriginal youth can seem like an impossibly daunting endeavour. After decades of negotiations, commissions and protests, including last year’s Idle No More movement and Ottawa’s recent unsuccessful attempt to reform First Nations education funding, Aboriginal children continue to face a fate that should horrify most Canadians.

A growing number of Canadian grandparents are caregivers of their grandchildren. And most of these caregivers are single females with limited incomes.  Toronto Star, Aug. 3, 2014 In the last generation, adults have been consumed with protecting kids against all odds.

But now, some child injury prevention experts are warning too much bubble wrap may be thwarting healthy development.  Toronto Star - July 29, 2014 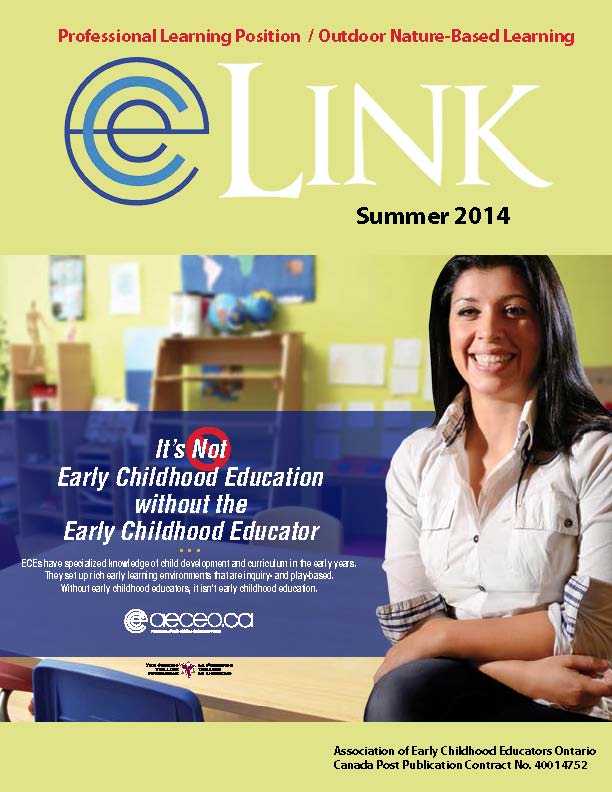 Canadian families are doing their share for a prosperous future – they’re having more babies – but governments are letting them down.

That’s the finding of a new report by the Toronto-based Childcare Resource and Research Unit and analysts at the universities of Guelph and Manitoba.

A survey by People for Education has found major gaps in the delivery of before- and after-school programs for young students — despite this being a key part of the province’s full-day kindergarten plan.  Toronto Star June 23, 2014